Dog Was Strapped Down To A Wheeled Contraption Unable To move And Nobody Care
iLoveDogs.me
December 4, 2018
11:27 pm
There is only one photograph of Cabezoncito, a Peruvian street dog, before he was rescued. In it, the dog is strapped to a wheeled contraption at a metro station in Lima, Peru. The straps are tight around the dog’s body, and it looks like he wouldn’t be able to move. So he just lies there …

END_OF_DOCUMENT_TOKEN_TO_BE_REPLACED

There is only one photograph of Cabezoncito, a Peruvian street dog, before he was rescued. In it, the dog is strapped to a wheeled contraption at a metro station in Lima, Peru. The straps are tight around the dog’s body, and it looks like he wouldn’t be able to move. So he just lies there with his head hanging down.

While little is known about how Cabezoncito ended up at this metro station, Sara Moran, founder of Milagros Perrunos, a small shelter that cares for disabled dogs in Peru, believes that his owner tied up him up and left him there after Cabezoncito injured his back legs.

“Cabezoncito apparently suffered an accident where he was disabled without being able to walk,” Moran.

When a group of young people found Cabezoncito there four years ago, they unstrapped him from the contraption and fed him. They thought the dog would be okay after that, but when they returned to the spot two weeks later, they found Cabezoncito tied up in the same spot. Droves of people walked past, and no one seemed to care. And Cabezoncito was very sick by this point, according to Moran.

This time, the young people refused to leave Cabezoncito there, so they took him and delivered him to Moran’s house, where she cares for street dogs, keeping the severely injured or paralyzed ones in baby cribs. 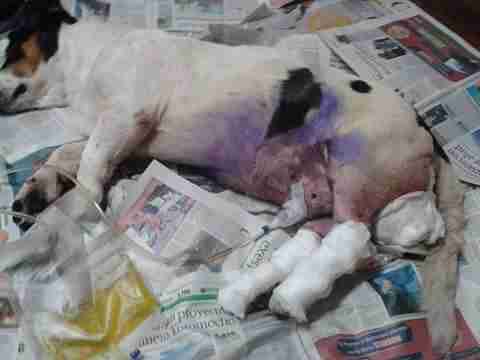 Moran immediately took Cabezoncito to the vet, but she didn’t get good news.

“He had renal insufficiency and his spine was badly injured,” Moran said. “He also had many wounds and scabs, and he couldn't even walk because he was tied to a table, and he’d urinated and pooped in the same place, which caused his genitals to split.”

The vet wasn’t sure if Cabezoncito would make it — and he would be paralyzed for life if he did survive. 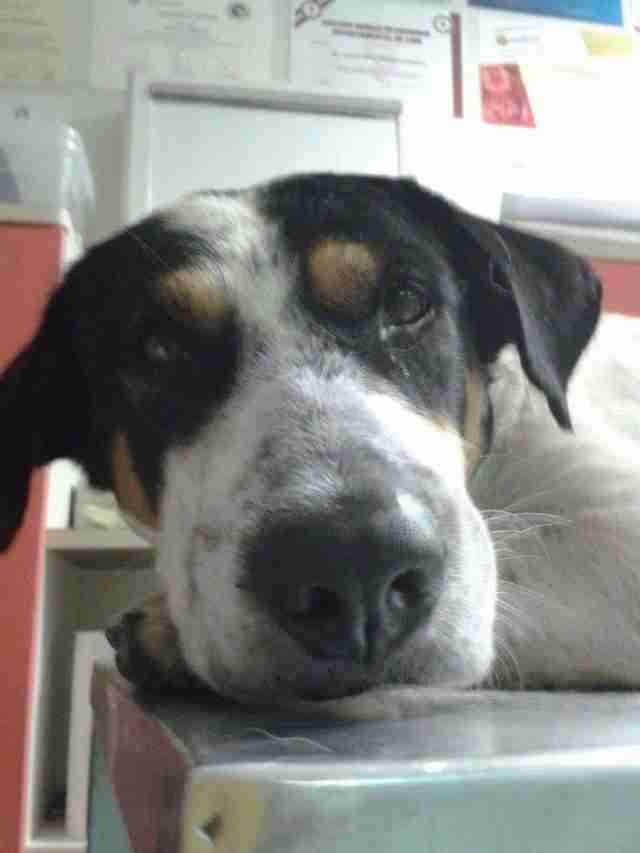 Many people would have chosen to euthanize a dog like Cabezoncito, according to Moran, especially in Peru, where injured and abandoned street dogs, as well as catsand other animals, are a common issue.

But Moran refused to give up on him. She paid for an expensive operation for Cabezoncito, as well as kidney treatments, despite having very little money with which to operate her shelter. 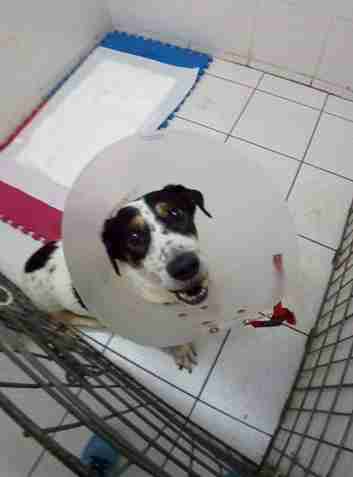 Once Cabezoncito recuperated from surgery, Moran got him a special wheelchair that would allow him to run around like a normal dog. He still has to wear diapers, and he eats a special medicated diet that helps his ongoing kidney issues, but he can finally run around freely. 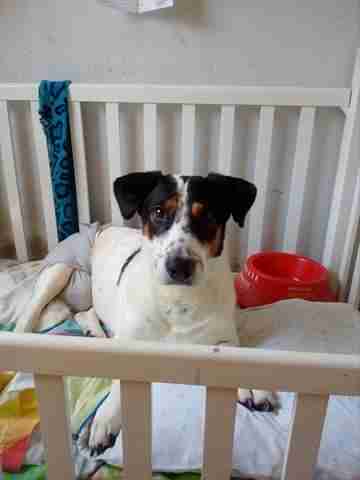 While Cabezoncito may not ever be able to walk without his wheelchair, he’s living a full life, Moran said. At the shelter, Cabezoncito has about 60 dog brothers and sisters, many of whom were rescued from the streets of Peru and have similar disabilities. 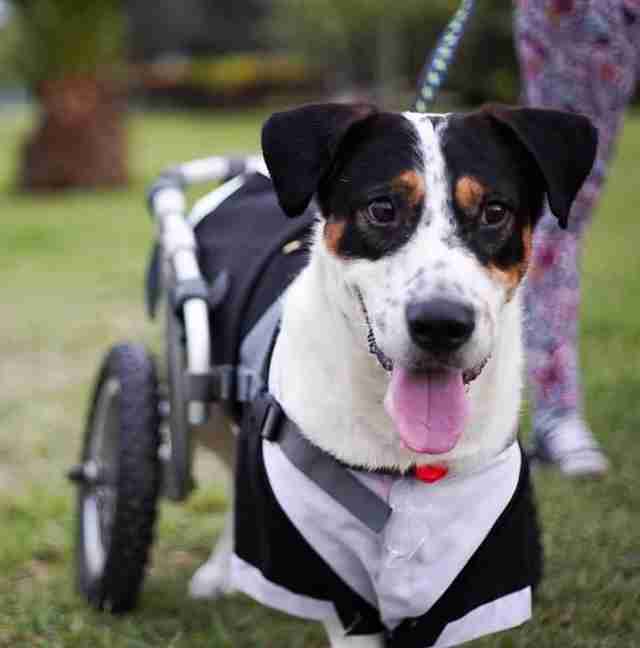 Cabezoncito loves to run on the beach and around Moran’s property now, and he’s even participated in a marathon, according to Moran. 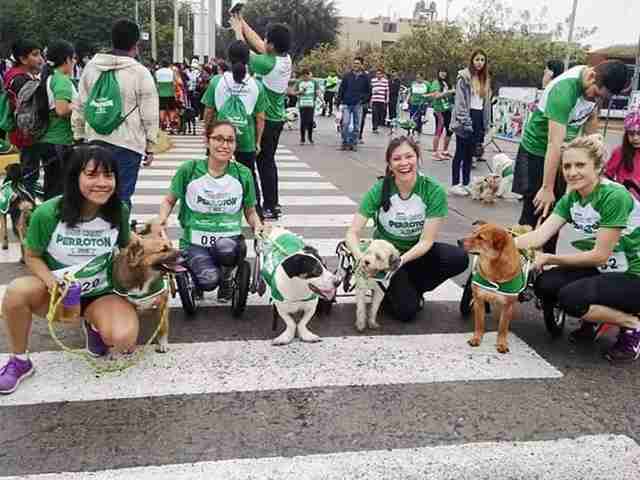 “Cabezoncito is a great warrior,” Moran said. “In spite of everything he suffered, he is very loving and sociable with people. Cabezoncito gives us a great lesson of love and courage for life.”

Category : Dogs
PreviousDog Left Behind With Owners’ Trash Huddles On Discarded Recliner For Warmth
NextSad Dog Left At Kill-Shelter With His Bed And Toys