Two Puppies Found With Elastic Hair Bands Tight Around Their Muzzles lock in an apartment
iLoveDogs.me
December 3, 2018
12:59 am
A maintenance worker was investigating a burst pipe inside a housing complex in Wichita, Kansas, and as soon as he entered he realized something was not right. When he opened an apartment door, he was hit with a horrible smell, and then he noticed a small plastic dog crate in the corner of the room. Inside were …

END_OF_DOCUMENT_TOKEN_TO_BE_REPLACED

A maintenance worker was investigating a burst pipe inside a housing complex in Wichita, Kansas, and as soon as he entered he realized something was not right.

When he opened an apartment door, he was hit with a horrible smell, and then he noticed a small plastic dog crate in the corner of the room. Inside were two 7-month-old puppies.

Though it was clear the puppies were in distress, he found it odd that they weren’t making any noise. 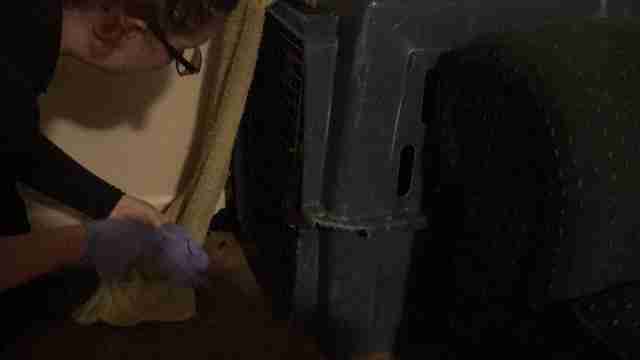 “There was feces and urine just spilling out the front of the kennel,” Sarah Coffman, executive director of Wichita Animal Action League, told The Dodo. “Then he noticed that the puppies couldn’t open their mouths — so he shined a flashlight in the crate and realized that they had something wrapped around their muzzles, and that their noses were really swollen and red.”

Unsure of what to do, and unwilling to leave the two terrified puppies alone, the maintenance worker called a friend who fosters dogs for the Wichita Animal Action League. “She called us and was like, ‘I don’t know what to tell him to do,’” Coffman said. “I was like, ‘Tell him to wait right there. I’m on my way and I’m bringing the calvary.’”

With animal control officers by her side, Coffman entered the property, seized the puppies and rushed them to the vet.

Coffman was shocked when she realized what was being used to silence the young dogs.

“We originally thought that it was wire wrapped around their noses because it was so tight,” Coffman explained. “When we finally got them in the vet’s office and were able to hold them still and take a look, we realized that it was little tiny rubber bands that you’d use in your hair, no bigger around than my thumb.” 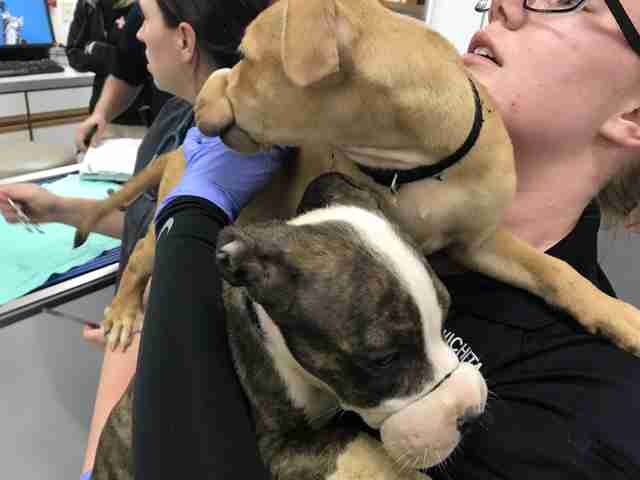 Both dogs had two rubber bands wrapped around their noses, which the veterinarian believed had been left on for between 12 and 24 hours. The vet grasped the bands with forceps and clipped them, while Coffman and the two animal control officers present fought back tears.

“Hearing the sounds they made — we were helping them and doing the right thing — but the way that they screamed when those bands finally came off and the blood came rushing back to their nose was really quite heartbreaking,” Coffman said. 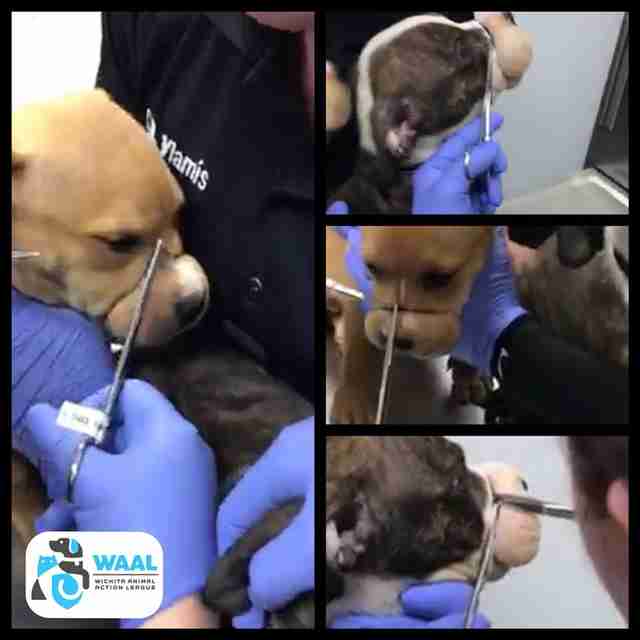 Had the bands been left on even a few hours longer, the puppies might have suffered major tissue damage, loss of smell or something far worse. “We really did catch them just in the nick of time,” Coffman added. 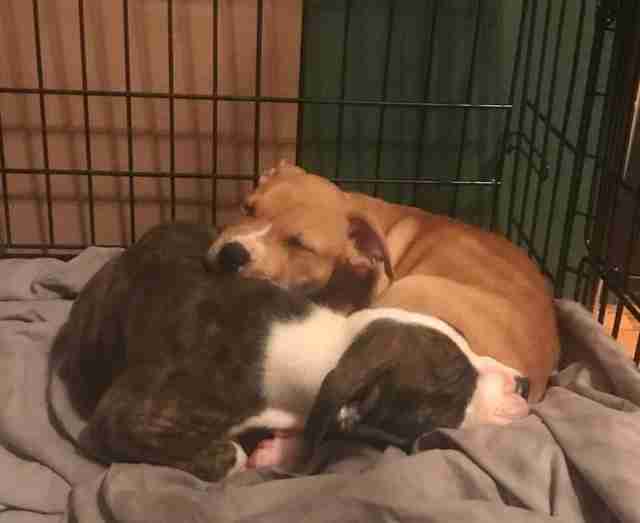 After a long bath, the pit bull mix siblings, now named Westley and Debbie, look and smell much better. Though their noses are still a bit tender, both are expected to make a full recovery — and are healing happily in a foster home.

“They’re such a great testament to how resilient dogs are because I certainly wouldn’t be as happy if that happened to me,” Coffman said. “But they’re playing and cuddling with their foster and having a great time.”

Update on the rubber band puppies! They’re loving foster care and their foster mom-dog. If only people could be this resilient. 🤩If you’ve applied to adopt them, we HAVE received it! Please keep in mind they are technically evidence and they can’t go anywhere for quite a while. We’re getting thru the apps as quickly as possible and we’ll be in touch. Thank you all for your continued support in our mission and these puppies. 💙

While Westley has proven to be the more adventurous of the two, his laid-back sister is by no means a pushover. “She will tell him exactly what she thinks and put him in his place if she thinks he needs it,” Coffman explained. “So it’s really funny to see the little one beat up on the bigger one when he’s being naughty.”

Soon the puppies will be ready for their forever home, and applications have already started flooding in. But though Westley and Debbie seem happy to forget their past — their rescuers have not been able to move on quite so easily.

“Last night I just kept thinking, ‘What if that pipe hadn’t burst? Would they have been found in time? Would they have lived?’” Coffman said. “You would never think that you would be thankful for a pipe bursting and flooding an apartment, but it literally saved two lives.”

“It makes you go home and hug your dogs a little tighter,” Coffman added.