Woman Finds Tiny, Freezing Animal Crying Inside Trash Can
iLoveDogs.me
November 30, 2018
9:54 pm
Early Tuesday morning, an employee was starting her day at the Georgia Welcome Center, just across the South Carolina border, when she noticed a garbage baglying next to a trash can. In an effort to tidy up, she bent down to put the bag back into the bin, but stopped in her tracks when she heard …

END_OF_DOCUMENT_TOKEN_TO_BE_REPLACED

Early Tuesday morning, an employee was starting her day at the Georgia Welcome Center, just across the South Carolina border, when she noticed a garbage baglying next to a trash can.

In an effort to tidy up, she bent down to put the bag back into the bin, but stopped in her tracks when she heard a pained cry.

There, inside the trash can, shiny marble eyes belonging to a tan Chihuahua weighing no more than 6 pounds stared back at her. 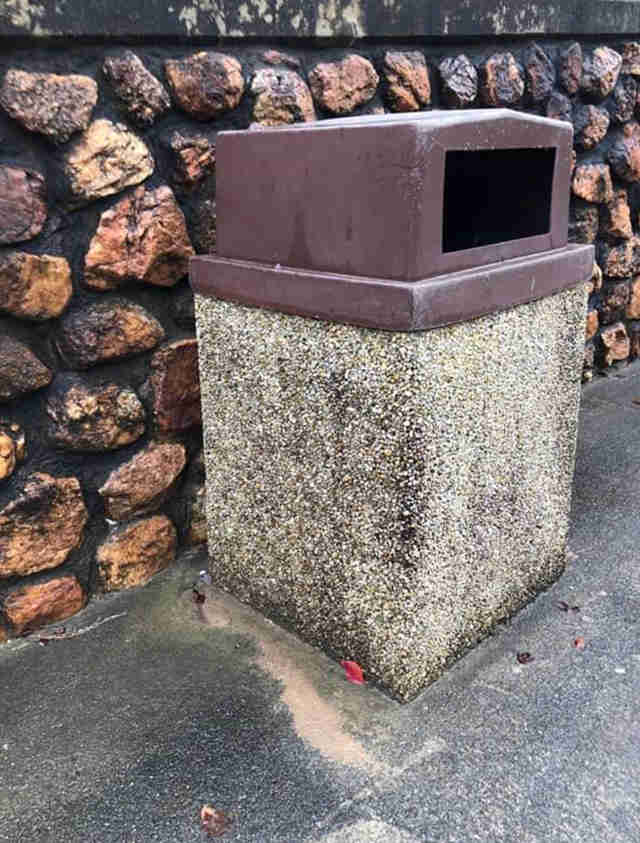 The staffer immediately lifted the scared animal out of the bin and brought her inside. Not sure what to do with the abandoned dog, and fearful that her supervisor would arrive any minute, the woman called a coworker who had previously volunteered with Hart County Animal Rescue for advice. 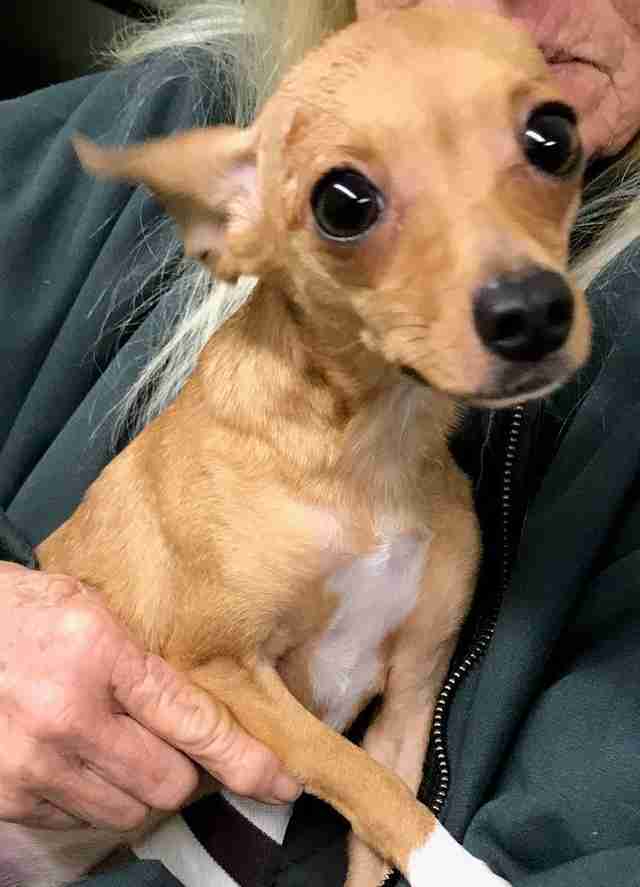 The dog, now named Carolina, was brought to the vet, and held overnight for observation. “She was wet, cold, hungry and scared to death,” Judy Partain, director of Hart County Animal Rescue, told The Dodo. After a week of freezing rain in the area, it seemed a miracle that the frail, young dog had escaped the worst. 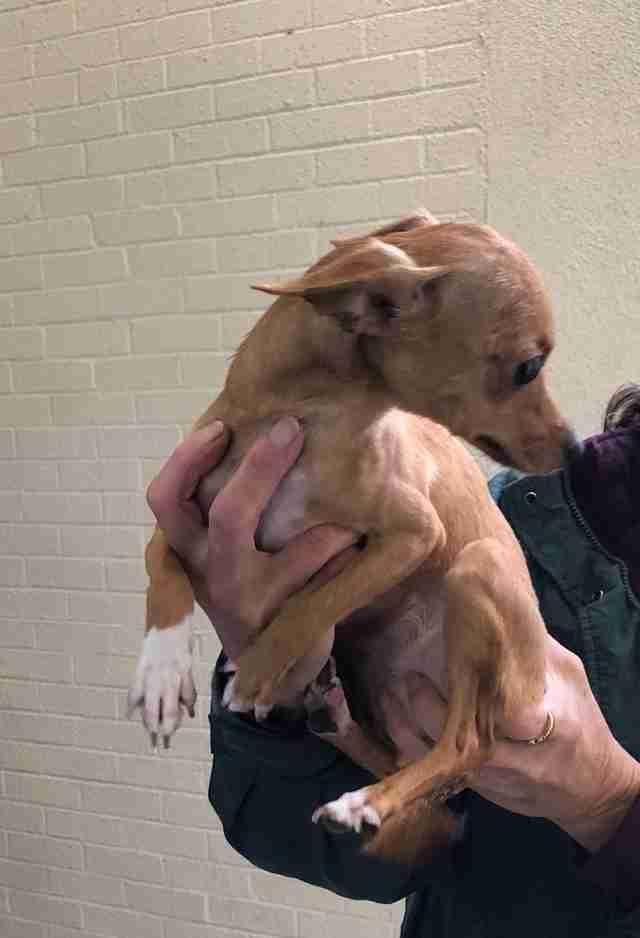 Since she was not microchipped and there were no video cameras in the area where she was left, the rescue cannot track down her original owners or learn why she ended up in a garbage bin like a piece of trash.

“She could have been barking in the car and gotten on someone’s nerves. We’ll never know,” Partain said. “All we know is that she’ll never have to go through that again.”

“This is one of those situations where you’re just like, ‘How in the world did this happen,’” Partain added. “‘Why did somebody put this precious dog out?’” 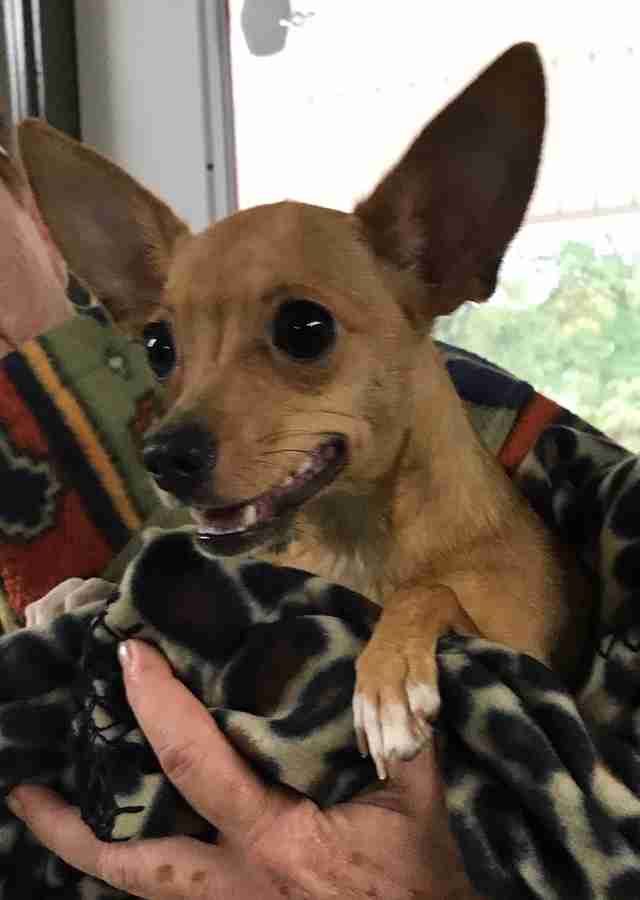 The next morning, Carolina was picked up by the rescue and brought to Partain’s home to recuperate.

To say she’s adjusting well would be an understatement.

Since arriving, Carolina has surprised everyone with her puppy energy. She’s always eager to run and play with Partain’s three other foster dogs, or to snuggle up with her rescuers and take naps under the bed covers.

“The little dog is just amazing,” Partain said. “She is sweet and smart and last night she found the toys, and went and got I don’t know how many and buried them in my bedroom.” 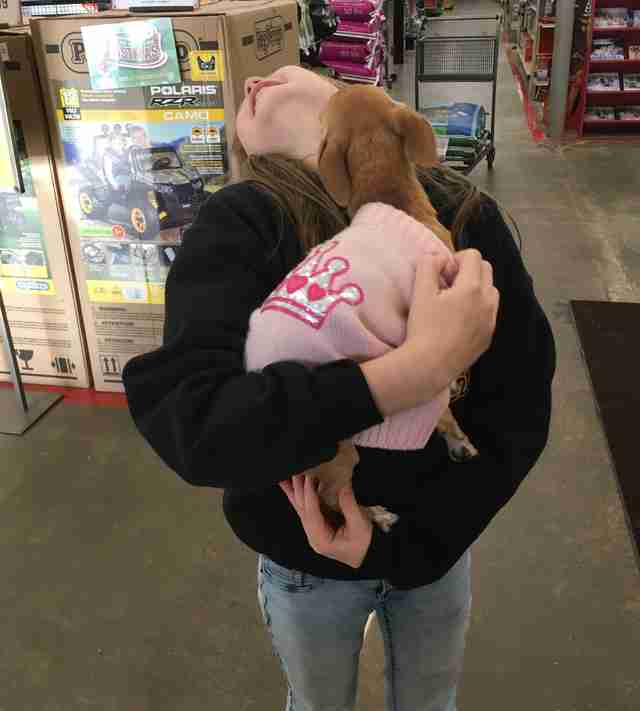 Carolina’s outgoing personality has quickly made her the leader of the rescue dog pack at Partain’s home. “I had one other little one who didn’t like her, but she’s bound and determined to be friends with that dog,” Partain explained. “It’s like she’s been here forever. From the minute we got her, it was like she had just been with me forever. She’s just amazing.”

Carolina’s story has touched hearts all over the country, and in just a few days, hundreds of people have reached out to the rescue hoping to give her the loving home she deserves. Carolina has over 80 pending applications, and Partain has received over 300 texts and calls. “It’s unreal,” Partain said. “People from Maine, Texas, everywhere are willing to drive here to get this poor dog.” 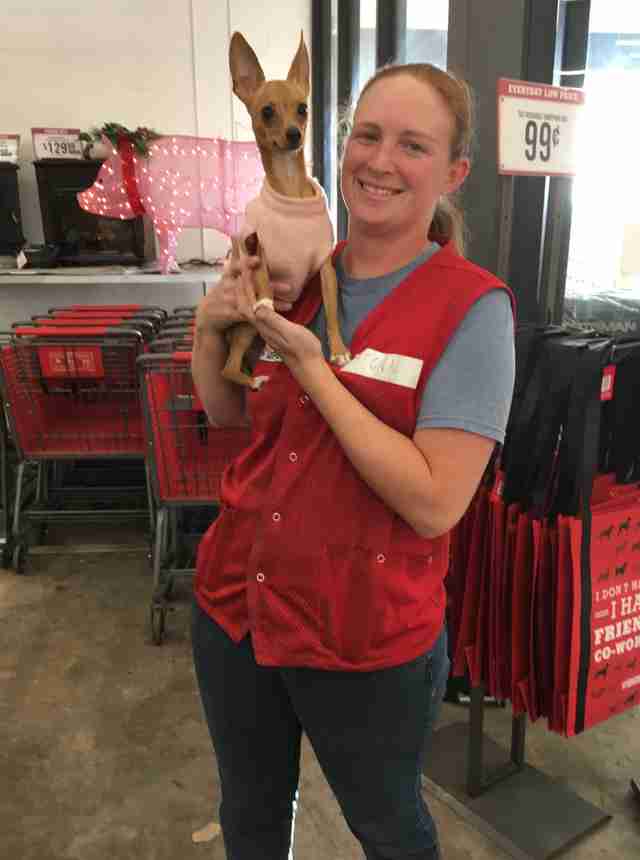 After Caroline’s stray hold is finished and she has been spayed, the little dog will be ready to go to her forever home. The rescue hopes that Carolina will not only find a loving home, but will possibly encourage more people to open their hearts to other homeless dogs in need.

“It breaks your heart,” Partain said. “We’re excited for all the attention she’s getting, but it’s so sad when we have 40 others sitting here with stories as bad or worse than hers. But that’s what we love. We love to take the ones that nobody else wants.”