A woman visiting the shelter noticed Rocco trembling in fear, so she took a video and posted it online in hopes that a rescue group would take in the gentle dog. Preethi Pillaipakkam, a foster through DFW German Shepherd Rescue, saw the video and immediately went to the shelter to rescue Rocco. “The shelter is certainly not the environment for a dog like Rocco,” Pillaipakkam told The Dodo. “He was very timid and scared to get into the car. He even hid beneath the seat in the car. He was pacing a bit and seemed very stressed.” 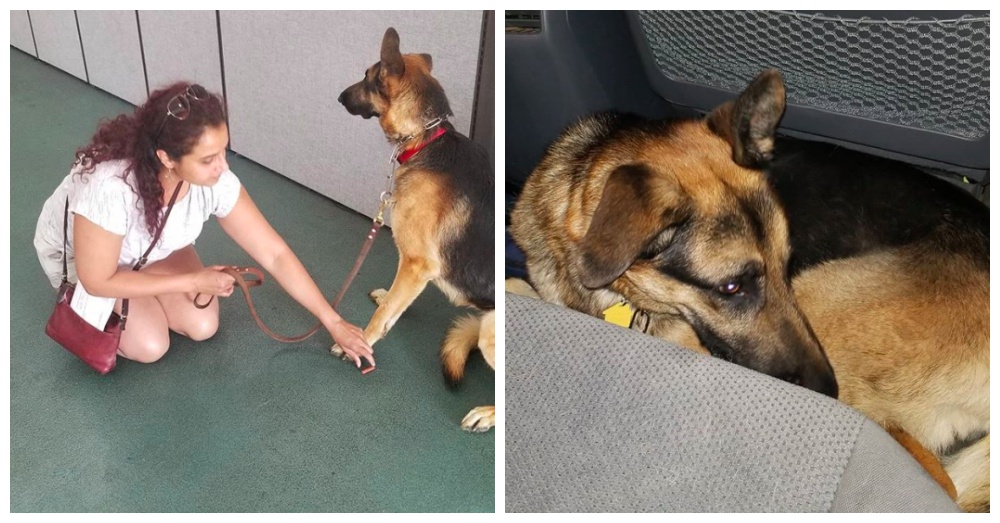 Rocco was underweight, weighing only 60 pounds. He should weigh between 85 and 90 pounds. Pillaipakkam took Rocco home to relax and come out of his shell. At first, Rocco was very timid and confused as to where he was. Slowly, with the help of another German Shepherd in the home, Rocco started to play with toys. “This is a giant step for Rocco who had completely shut down,” posted Pillaipakkam to an Instagram page made just for Rocco. 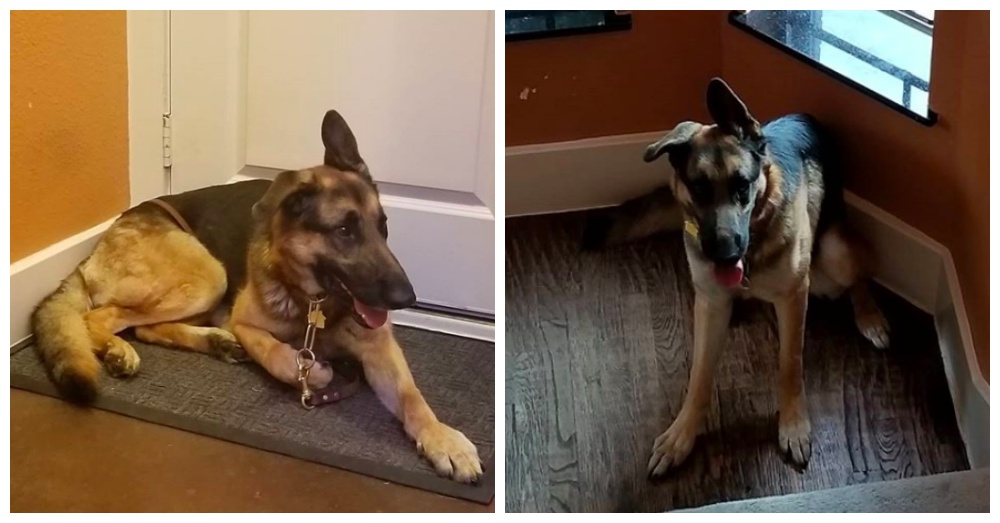 Once Rocco realized he was safe, he became his foster mom’s shadow. When he wasn’t following her around, he would play with squeaky toys or balls. The video of Rocco when he first came into the shelter went viral with many people submitting applications to adopt him. The rescue will sort through all the applications and find the perfect forever home for Rocco. The sweet boy deserves a family that will never abandon him. His foster mom hopes that his story and Instagram page will inspire other people to adopt large breed dogs. 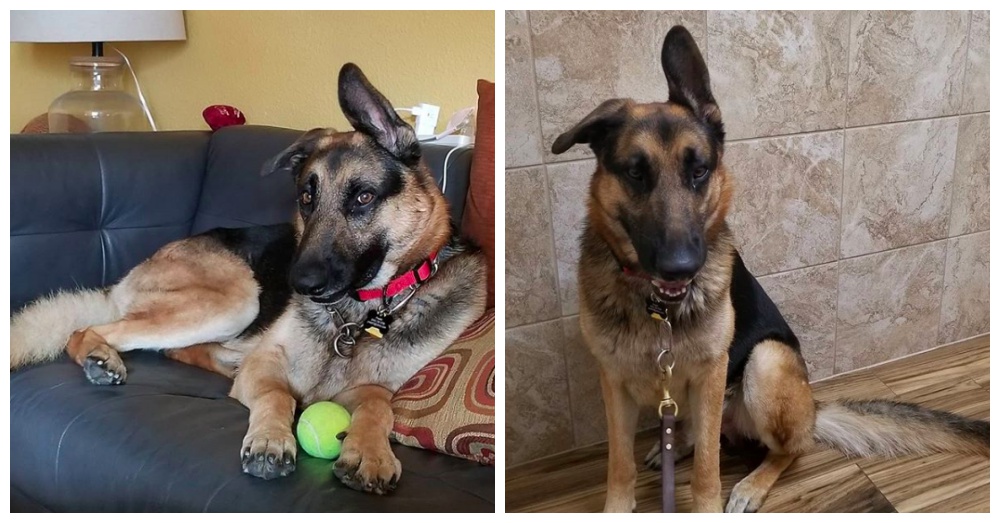 “The top reasons for large dogs to be given away typically include a change in the family situation, so this could be a move, a kid, a marriage, a divorce or any such factors,” Pillaipakkam said. “With a German shepherd, and the prevalence of breed-based discrimination, it is getting harder and harder to find places to live with these breeds. We hope to bring awareness to this.”
Category : Dogs
PreviousHusky Spent 15 Yrs On A Chain, Living In Waste Until Kindness Finally Finds Him
NextRescuers Find That Monster Gouged Out This Dog’s Eyes

People are so fake and cruel

If you don’t like your baby are you going to dump it as well? Shameful 😤