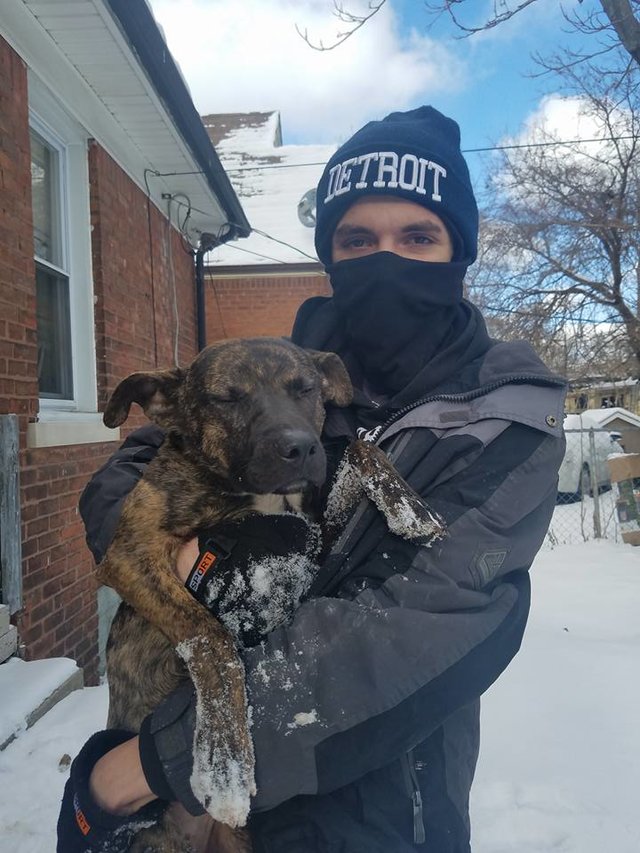 A law passed last February that made it illegal for owners to tie a dog outside for more than three hours, but this family clearly didn’t care and broke the law anyway. When rescuers arrived, they knocked on the family’s door, but they didn’t want to talk to rescuers. Detroit Pit Crew staff knew they had to convince the family to surrender the dog. When they finally spoke to the family, they were shocked and heartbroken at what they heard. 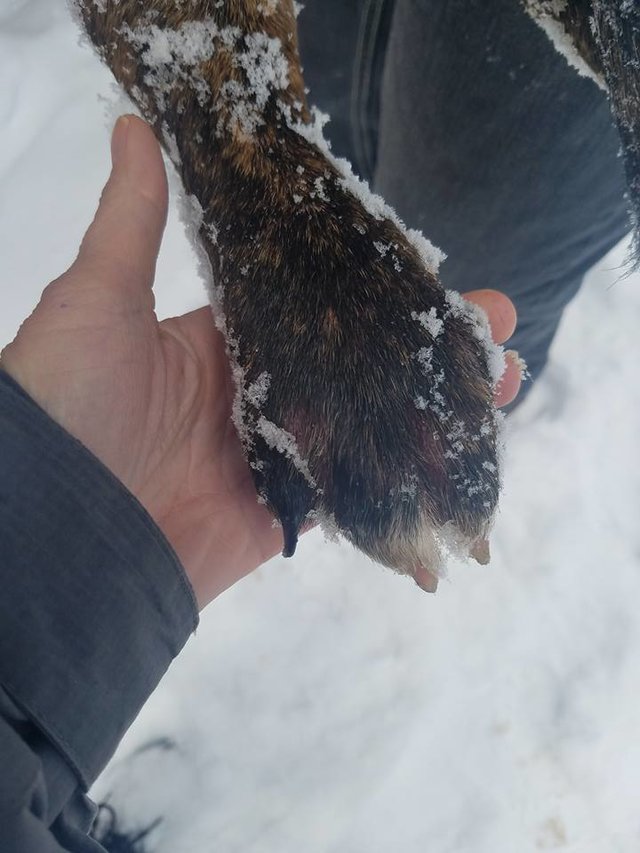 “[The neighbor] opened the door to show me that the other dog was inside, and she said that [the owner] didn’t want the dog that was outside anymore and they were just going to leave it out there,” Theresa Sumpter, founder of ther rescue told The Dodo. “So I went ahead and said, ‘Yes, we’ll take the dog. She’s obviously injured and she’s cold and she can’t be out in this weather.’” 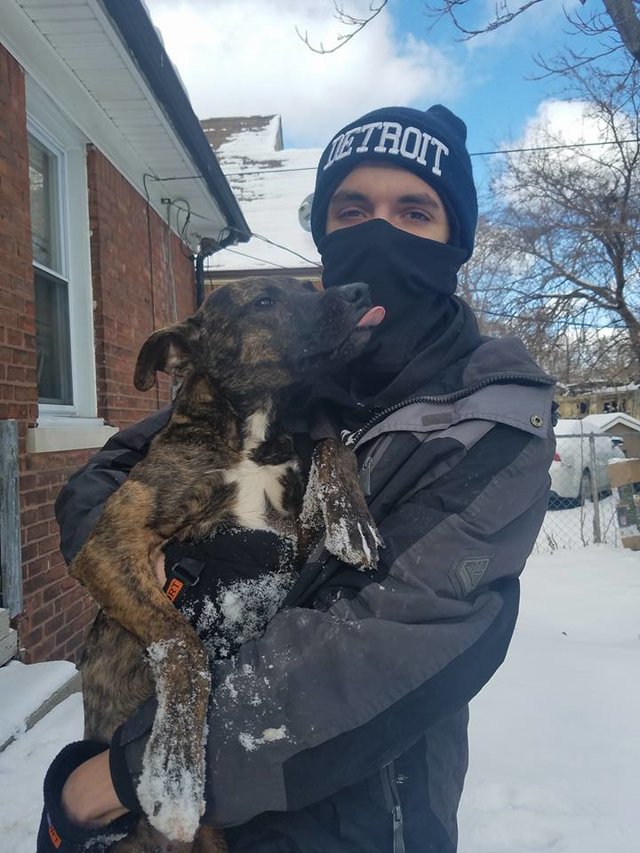 They fittingly named the dog “Blizzard,” and carried her into their truck, where she curled up into a ball and fell asleep. She was probably just so relieved to finally be safe and warm. They then took her to the vet to treat her swollen and frostbitten paws. 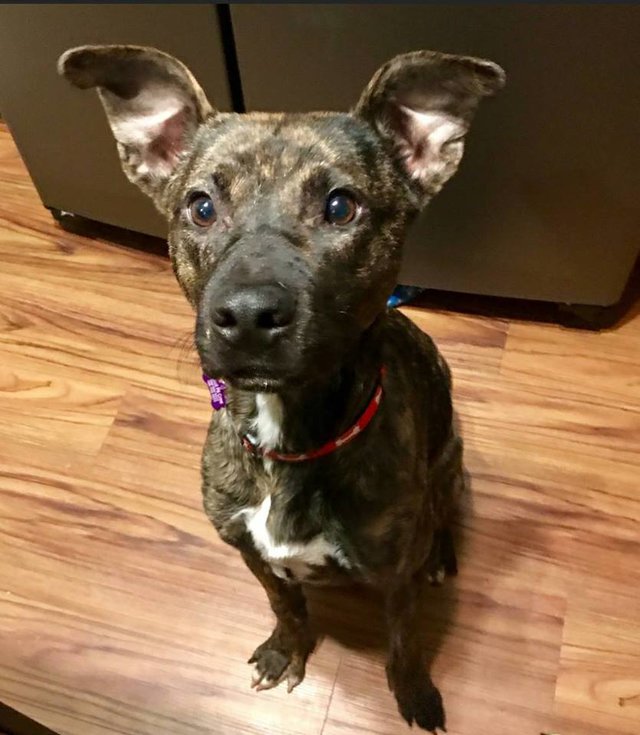 The next day, she went to live with a foster who already had two other rescue dogs. She gets along great with her new doggy friends and loves every human she meets. She is extremely friendly and sweet, despite everything she has been through. 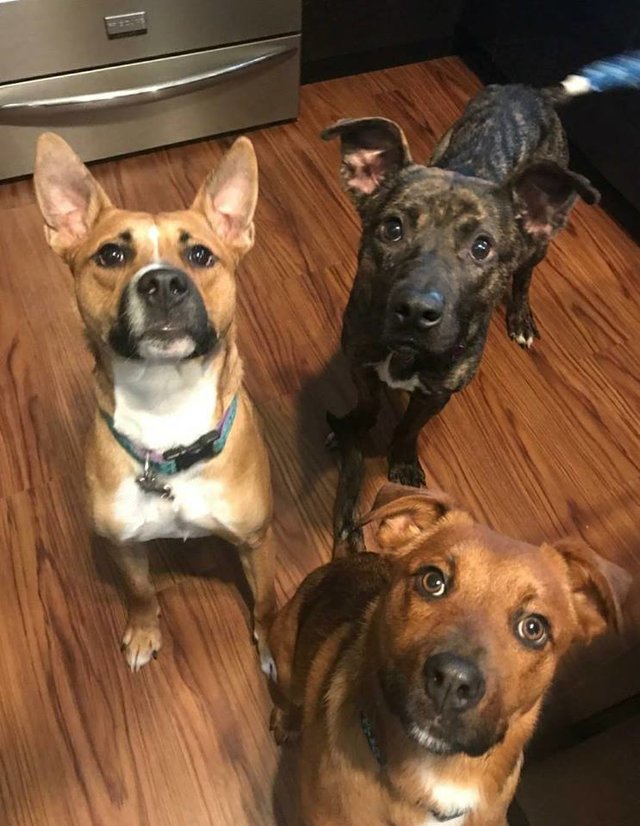 Unfortunately, this family did the wrong thing by leaving their unwanted dog outside in the freezing snow. If you ever witness anything like this, contact authorities or a rescue immediately. Shelters are always happy to take in unwanted animals. 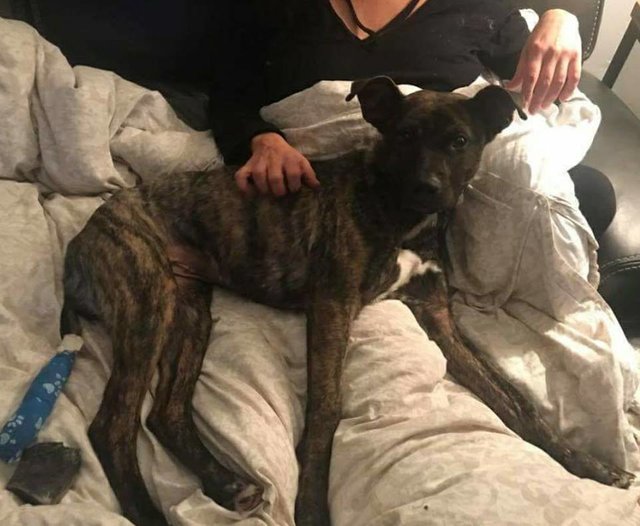 3 replies on “Family Didn’t Want Dog Anymore. So They Chained Her Outside During A Blizzard”

Absolute POS TRASH owners shoukd be chained outside during a nlizzard then thrown in jail but its for sure they will burn in hell.

Thank you for saving her.hope she finds a forever home soon

Unreal. Hopefully someone will care enough to give her the loving home she deserves😍